The Benefits Your Child Will Receive From a Language Immersion Program

The thought of your preschool or a kindergarten-aged child learning a second language may be one of the furthest things from your mind. Learning how to read and write is much more often at the forefront of parents’ minds at this age. But the benefits of learning a second language, particularly at a young age are not to be ignored. Language is so intertwined in how we learn and leads to the development of many skills. These skills are sharpened even more as you learn a second language and can also help your child in other, seemingly unrelated, aspects of learning.

What happens in language immersion programs?

Preschool and kindergarten-aged students are placed in a familiar Montessori classroom environment where they are able to explore and learn as they would in a typical Montessori program except the instruction is 100% in the second language. The constant exposure to a second language will prompt your child to want to understand the songs, poems, and stories that will encourage them to use the language they hear from regular interactions with their teachers and start building a foundation for this new language in their brains.

Benefits of learning a second language at a young age

A language immersion program will help strengthen the skill of concentration as well as the ability to multitask. When there is a communication gap between two people, another person’s words can be meaningless to the hearer. But through consistent exposure, these meaningless sounds become words that hold information. Instead of ignoring the sounds, the child’s ears and brain will be tuned in to what is being communicated.

Other benefits to your child being in a language immersion program are developing planning and problem-solving skills. Language in its basic function allows a person to not only communicate but also to organize their thoughts. With exposure to a second language, a child is able to develop mental organizational skills, making them better at planning their movements and being thoughtful of how to tackle a problem or activity.

Increased literacy skills in a child’s native language are surprisingly enhanced due to a second language immersion program. Because proficiency and literacy go hand and hand, the increased attention to the meaning of words can strengthen this part of a child’s brain, leading to higher literacy rates. 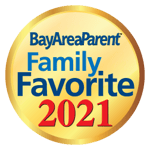